Friendship Home was founded in 1999 by Wilma Goodhue and Joan Mullare, two mothers of adult children with developmental disabilities, who dreamed of opening a Home with a Heart that would support individuals with developmental disabilities and their families. Their first priority was to provide overnight respite care, which they realized families on the South Shore and beyond desperately needed. Wilma and Joan knew firsthand about the challenges that families face, with many of them feeling overwhelmed and isolated by the demands of caring for their loved ones.

In 2004, Wilma and Joan moved closer to their dream when the United Church of Christ in Norwell unanimously voted to donate the land upon which Friendship Home stands  today. A few years later, philanthropist Doris Buffett offered a challenge grant for the construction of the home if the community could raise enough money to match her donation. The entire community responded by attending the first Circle of Friends Gala.  The challenge was 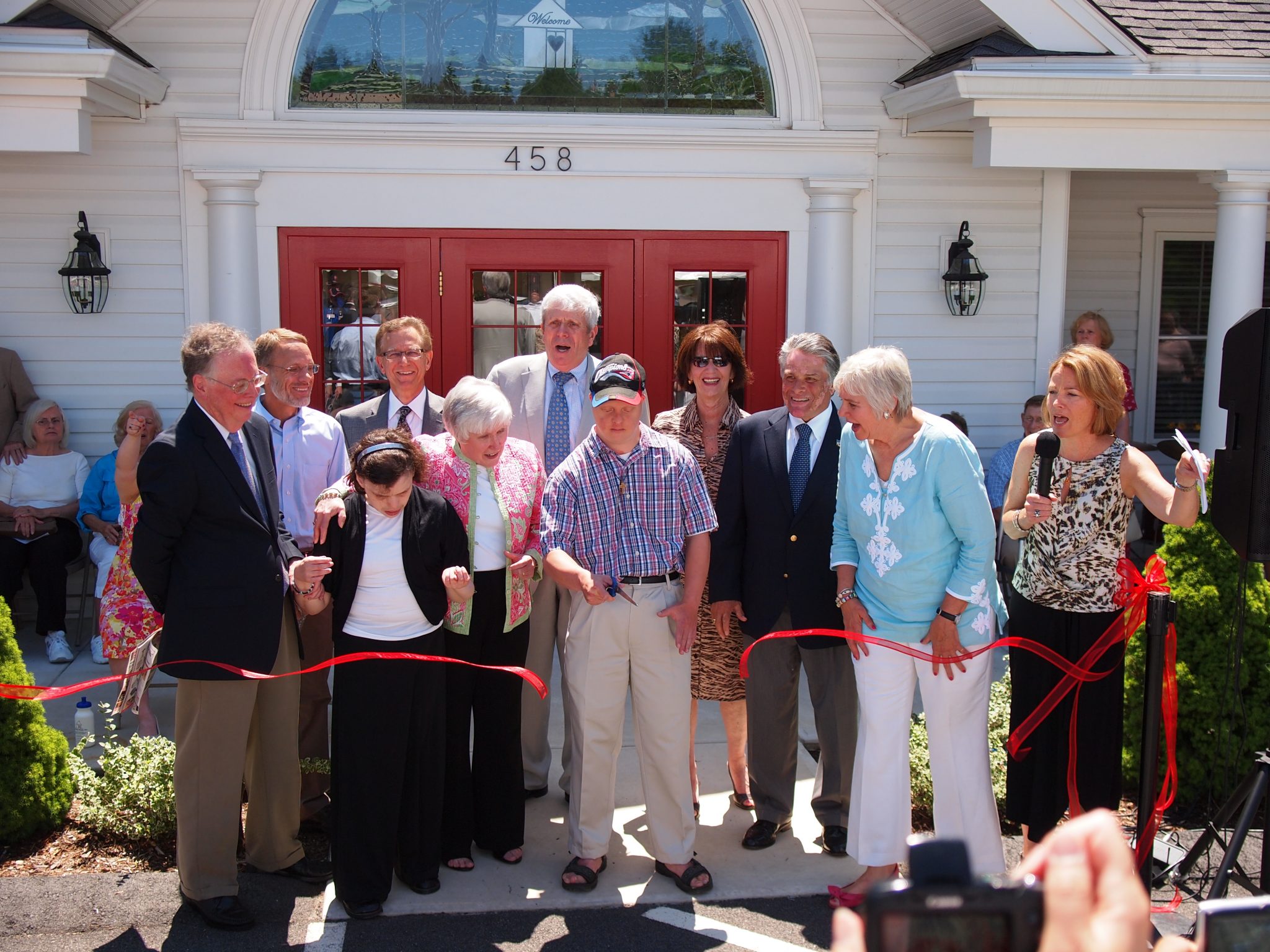 met and construction began in 2009. In July 2010, the first floor of Friendship Home opened for Friendship Club meetings, a newly formed Bridges to Work (BTW) employment program and office space for employees.

In 2012, Wilma and Joan, their families, the Friendship Home Board, along with staff,  members and their families, and an ever growing Circle of Friends celebrated the completion of our Home Away from Home with a ribbon cutting ceremony.

In 2019, Friendship Home celebrates our 20 year anniversary!  Thank you to all who have been a part of this incredible journey.